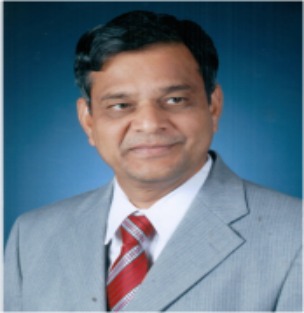 The Research Director and Dean of the ‘Center for Interdisciplinary Studies’ of D. Y. Patil Education Society’s (Deemed to be University) Dr. C. D. Lokhande has been awarded the prestigious Technology Translation Award (TETRA). The award is given by the Science and Research Board (SERB) of the Department of Science and Technology, Government of India.
Dr. Lokhande’s research project on ‘Asymmetric Solid State Supercapacitor for Energy Storage’ has been selected for this award.The use of technology generated from this project is an important part of energy storage equipment. Dr. Lokhande Along with 10 researchers across the country have been selected for the award. Under this award, a fund of Rs. 30 lakhs is given.
The award winners were selected by an expert committee of SERB-TETRA based upon Novelty in terms of project complexity and deliverable Technology translation benefiting the existing needs, Complementarity of industrial partner and their contribution and suggested success indicators and potential among eligible applications.
Dr. Lokhande is the only researcher from Deemed to be University who won this award, the other 9 awardees are affiliated to National Institutes. According to a recent survey conducted by Stanford University, United States, Dr. Lokhande ranked first in India as a researcher in the field of Allied Physics. He has made significant contributions in the field of research and has previously been honored with several national and international awards. He works as a Scientific Adviser for the Patent Department of the Government of India. He is also serving as a member on the Board of Banaras Hindu University as a representative of the Hon’ble President of India.
The Chancellor of the University Dr. Sanjay D. Patil, D. Y. Patil Education Society’s Vice President and Minister of State for Home Satej D. Patil, Trustee Ruturaj Patil, Trustee Prithviraj Patil, Vice Chancellor Dr. Rakesh Kumar Mudgal, Pro. Vice Chancellor Dr.Shimpa Sharma Congratulated Dr. Lokhande upon his achievement.